What are Control Panels and why would you want one?

A control panel is a graphical way to make changes to the system without needing to dig through the SSH and code to make changes. This can usually make it easier for less technically inclined users to control their servers. It also easily allows you to have multiple sub domains and/or users on the same VPS without being required to give access to the SSH to each of them. Advanced users or developers may forego the panel to avoid sacrificing any resources (so they can put more to their projects) and because they don’t need to allow multiple users.

There are several different panels that each have their own Pros and Cons. There are likely more than just what are listed here and this is not a be-all, end-all list of panels. If you find another that isn’t listed here and it has features you like then feel free to use it.

Ajenti is a good looking panel with fairly simple instructions to install. It has some nice features like a built in firewall and terminal. On the downside though it hasn’t been updated in quite some time. There may be unpatched security flaws so you may need to take extra precautions there so as not to run into issues.

Sentora is another choice for a free panel. It has a fairly good looking user interface. Though it isn’t as feature rich as Ajenti is, however it also has been updated more recently. Sentora doesn’t come with a file manager but users can install Pydio on it without too much trouble. Though it also doesn’t come with any sort of firewall installed either. (Fail2Ban is an option to install at least.)

Note that although you may see the name “zPanel” around Sentora and their support forum, do not use zPanel. It is out of date by a few years now and there currently is no method to upgrade from zPanel to Sentora. (Devs have been working on it for over a year now with limited success.) Additionally many resources for zPanel are broken or missing.

VestaCP features a fairly clean and simple looking panel. The package manager (for setting up user different tiers of resources) is laid out quite nicely in that it shows an easy to read summary. The file manager though is not included and instead is an extra fee ($3 US a month or $50 for a lifetime license). Similarly support is quite pricey at $60 US for an hour of support.

cPanel is the industry standard for VPS control. It is extremely feature rich but it also comes at the cost of requiring heavier specifications for your VPS. (Minimum 1GB RAM and 20GB disk space. CPU cores/speed is less important, but if you have only 1 core at a slower speed then don’t expect super quick responses. If you don’t have the aforementioned RAM and Disk space then don’t bother as cPanel won’t run.) Some of the major features for cPanel are multiple file managers, database management tools (including phpmyadmin), multiple email systems (squirrelmail and roundcube), easy domain set up, autoSSL renewal. There are significantly more features than just those however and listing all of them would be time consuming.

cPanel also costs between $13-$20 per month depending on who you buy it through. Some hosts offer a discount but when you buy through them you can only use cPanel at their host. (So if you moved from one host to another you can’t take your cPanel license with you.) Though if you get it from cPanel themselves then it doesn’t matter which host you use (though it costs more per month). If you can get it cheaper through your host, it might be worth it if you intend to stick around a bit. Though if you either know you’ll be moving or suspect you will be then it’s likely best to get the cPanel license directly (even if it costs a bit more).

Plesk is the other paid panel option. Like cPanel it offers a range of powerful features. Plesk also has lighter software requirements than cPanel. So it can be useful for less powerful VPS plans (that maybe couldn’t run cPanel).

Plesk also goes by the number of domains a user has. Unlike cPanel which doesn’t care (as much), Plesk only allows up to 10 domains on their cheapest plan ($5 US). To get the same as cPanel you’d need to go with their Unlimited option at $15 a month. (Which is less than buying through cPanel but possibly more expensive than getting it through a host.) 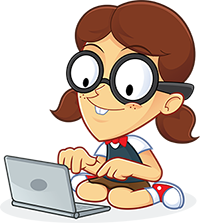